The following is an overview of what I do to the air box on 2001-2005 Models with the flat, rectangular filter. With these modifications I have operated in snow, rain, etc. without issue.

The first Duramax trucks in 2001 had snorkels into the inner fender. GM Service Bulletin # 01-06-04-050 deals with problems associated with resultant poor air flow, filter minder on, SES light illum, and codes P0101/P0103, water stained filters, fouled MAF sensor etc. The fix was to replace the box and reprogram ECM. MANY trucks did not receive this update, and when power enhancing devices (chips) are added, this condition is aggravated, and the chip is blamed for the problem. Some GM dealers will do these updates as a courtesy, but since the bulletin is quite old (10-19-01) most will charge you. The air box can be modified as shown in this Tech Tip, but the programming updates need to be done by a GM dealer or myself. I suggest that all updates be performed to the ECM (engine computer) and TCM (transmission computer) whenever possible. The dealer can give you a print out of the updates installed. The ultimate solution for 2001 trucks is to install Kennedy Custom Tuning or Kennedy Basic Tuning to overcome other obstacles in the 2001 Factory Tuning 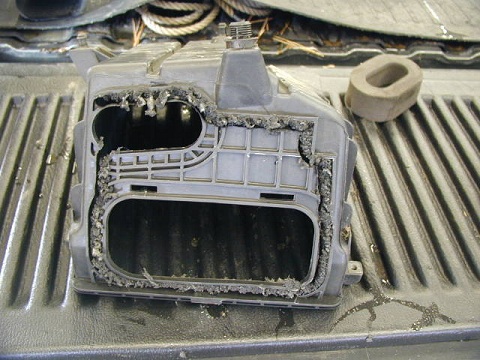 These years had the end opened without snorkels so all you have to do is open the forward facing triangle. Here is a 2001 air box with the snorkels removed and the side cut framed out. The entire side is basically removed: 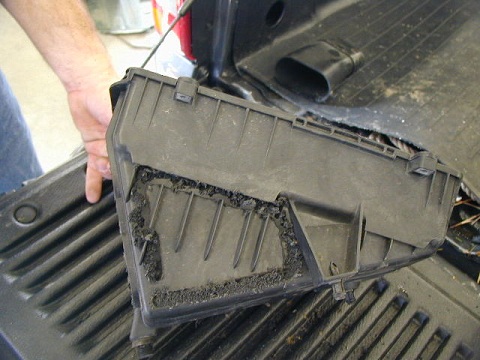 On all boxes, the side of the box has a nice, large, triangular area that can also be removed by cutting as shown: 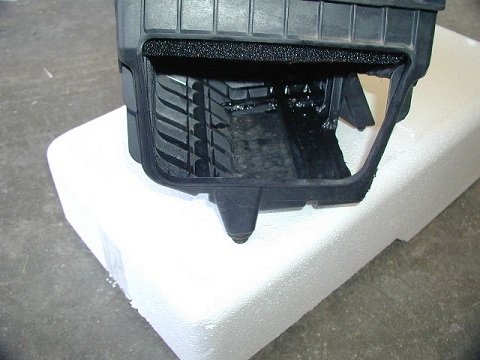 I then cut out the cross quadrant ribs resulting in long floor pockets rather than multiple small pockets. I drill a 3/16″ drain hole in each of these and add a Uni Foam Air Filter Element and reinstall the box!